View from the sideline 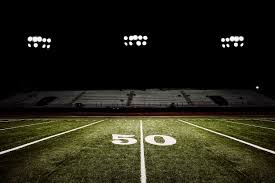 For the first time in fifteen years I watched the Super Bowl
without any attachment to the advertising world.

I didn’t care if Anheuser-Bush got rid of the Clydesdales or puppies, I wasn’t concerned about the number of spots Pizza Hut bought, or who was going to “win” the ad bowl.  I just (tried) to watch the game.

One thing I learned, people actually tune into the Super Bowl to watch football. I know, it sounds crazy, right?  I was always taught that people tuned in to watch the ads, not the actual game.

Well, from the outside world I can tell you people actually do watch the game and it’s hard to find time to watch the ads.

Like almost everyone else out there, I watched the game with friends and our kids.  So for the majority of the game we were all trying to do the following:

Just writing that made me tired.  You can see there are a lot of outside factors that go into watching the big game. A lot of distractions that takes us away from the millions and millions of dollars’ advertisers pump into a 4-hour event. I’m not trying to say that spending $5 Million on a :30 isn’t worth it (starts to put together CPM analysis), but I think everyone needs to be realistic to how much of the game/ads people actually watch/hear.

Last year 114 Million people watched the game, 25% of those tuned-in to watch the ads, and 50% of those weren’t distracted (made that up based on my own experience). For this analysis I’m leaving out the 45% who want to watch the game based on my assumption that those are the true fans and don’t pay attention to TV ads.   So based on my own analysis, I can argue that only 14 Million people actually cared/viewed the ads.  Now the Super Bowl suddenly becomes “Grease Live” which cost around 70% less and has a more “active” viewer.

Just some food for thought.